My life has been crazy of late. My oldest son who suffers from partial complex seizures, is about to start another round of test. He is scared. He remember when he had the test before and the blood work he had to get. It wasn’t s pleasant experience for him.  He is 6 years old and incredible smart. Always asking question and wanted to know how things work. I hate seeing him go through these things. This is something I can’t make better with a kiss. He seizures are well control with medication but they do test every so often to make sure his meds are working, ti see if he has grown out of it, etc… It seems all of our family’s appts and our check ups are landing in the same two months. We have something scheduled for my husbands days off every week for the whole month of July. June was pretty full too.

My husband has also been applying for better jobs as much as possible. Money is getting tight and it’s getting harder and harder to live. He had so many interviews last month and more this month. Each job had about 2-3 parts: A written, a face to face, and a usually final interview with the big bosses. The First job he didn’t get. The second job LOVED him and begged him to reapply next time but they hired internally as they liked to take care of their own first. The third job, he got but they ended up not paying enough. He has 2 more job on the rope. Well, technically 3 as the one place has two openings. But he has to apply separately for both since it’s the same job but different divisions.( does that make sense?) Who knows if anything will come from it.

Soon he has job training where he is currently working. He will be at work extra hours. I try not to complain because I know he is trying to do better for us. And I am gratefully proud of him. But when him gone so much I feel like I am a single mother. I miss him. When he is home, he tries really hard to be there for me and the kids even though I know he is tired from all the work he does. I feel bad sometimes because of it.

I started the process to home school my oldest son. I am hoping I don’t fail him. He has an incredible mind and I don’t want to ruin it. I am trying hard to remember to be patient with him.

We have been trying to make plans to visit my father in law. He lives around 4 hours give or take from us. The longer we wait the harder it will be because my mother in law doesn’t know we have a relationship with him. Or at least we don’t talk about it with her. She doesn’t really want her ex husband to be apart of my husband, Jack’s life.  It would help if we knew when MIL (Mother in law) was a coming to live near us. She keeps saying times but then stuff keeps coming up. I’m so grateful stuff comes up because that is one less thing to worry about. But its hard to make plans. If we go out-of-town and she is here then it will be very awkward because she will want to know details. Talk about how it bothers her. Or she may follow us. Try and move into our house while we are gone. Even when she is in another state she still tends to figure out every time we go out-of-town. I really think the CIA should hire her. She could be a professional stalker/ spy.

We went to church on sunday. It felt a little less awkward because they didn’t have the drums they usually do in their worship band. Instead they had blue grass type music. It was weird but I felt more at home with it then the rock band they usually have. I love Rock music but I feel guilty sometimes hearing it at church. I know, I know! That is kinda messed up and doesn’t make sense. But its hard to reset things were taught your whole life. I kinda wish I could have it both ways. The middle ground. But I have yet to find the it. I don’t really feel like I belong anywhere.

So life isn’t too bad. Just a lot of juggling. Trying not to get over whelmed. I am trying to just focus on the well-being of my beautiful children. It helps keep me going.

Until next time, Sage! 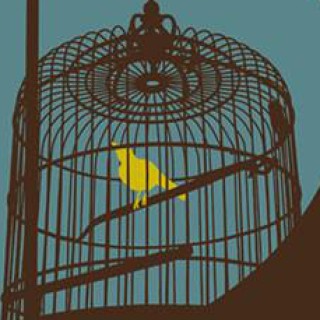